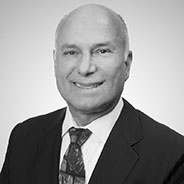 Over his commercial real estate career, Mr. Nanavati has been directly involved in sales and leasing of over a billion dollars worth of industrial, retail, office and land real property.

In 1996 Mr. Nanavati was chosen as the lead consultant for Union-Centra Gas to advise them on the marketing of surplus office real estate holdings in North York Ontario. This project involved an international marketing effort with advertising, direct mail to over 2,000 prospects as well as co-ordinating the exposure of the project through the real estate boards of Ontario.

As Broker/Manager for Martel Real Estate, Mr. Nanavati was the selling manager of the Burlington I.C.I. sales/leasing office managing a group of 8 sales associates and support staff. He also was one of the top producers in the I.C.I. division for seven years.

As a sales associate with CENTURY 21 Western Homes Ltd., Mr. Nanavatiwas their top salesperson in 1981. Also in 1981, he was one of the top 50 salespersons of the 1,000 plus member Victoria Real Estate Board.

As administrator of the Harbour Square Commercial Complex, Mr. Nanavati was manager in charge of over 45,000 square feet of office space, 90,000 square feet of retail mall space, 20 luxury condominium apartments, a squash club and a 200 car underground parking garage.