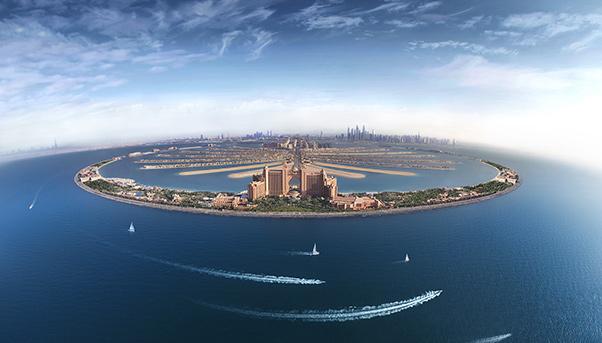 A 400-METRES-TALL SKYSCRAPER WHOSE FLOORS CAN ROTATE INDEPENDENTLY

Dubai’s skyline changes by the day as trucks, tractors and cranes erect one building after another in the largest city of the United Arab Emirates.
With the completion of each new tower, the skyline reaches higher into the sky. Sometimes it sets a record, like it did in 2010 with the opening of the Burj Khalifa, the world’s tallest structure.
In the midst of all of this, preparations are being made for the rise of something that will set its own mark on the city: the Dynamic Tower. This future addition, set to open for Expo 2020, will have floors that rotate on their own accord, giving their occupants views of the sea, the desert and the city in one, full sweep. With its perpetual revolutions, the tower will have an external structure that is fluid, changing by the hour.

The $372-million building, to be called the Da Vinci Tower in honour of the Italian Renaissance genius Leonardo Da Vinci, is the brainchild of Dynamic Architecture, an architectural firm founded by Israeli-Italian David Fisher. Fisher elaborates on his concept of «architecture as part of the environment», allowing buildings to change with the elements like the wind. He got the idea in 2004 while visiting Manhattan’s Olympic Tower, designed by the firm Skidmore, Owings and Merrill. Observing how the highest floors offered views of both sides of the island, the idea came to him in the form of a question. «Why don’t we rotate the entire floor? That way, everybody can see both the East River and the Hudson River», he explains. «That is how I got inspired to create the building that changes its shape continuously».

And so he began to imagine how he could add a fourth dimension to the structure of a building: time. «The motionless state of today’s houses does not reflect people’s actual lives, where everything is constantly changing and moving very fast», reads the website. «Buildings should be able to move following the sun or the wind, and adjust to their tenants’ life and mood».

The tower will have 80 floors and rise up to about 400 metres. Each of its floors will be able to rotate independently, some activated by residents via voice control. Their movement will be slow to avoid motion sickness among the occupants, with a full rotation taking about 90 minutes. The tower will have offices as well as a luxury hotel.
Residential apartments, meanwhile, will come in different sizes. Those on the top five floors will each cover 1,500 square metres. Each apartment will have a parking space for the owner’s car, brought up by special elevator.
Purchase prices have yet to be defined, but they will likely range between $4 million and $40 million, according to news reports.

If Dynamic Architecture has its way, the tower will be the first in a series, having received interest from cites like London, Paris and Milan.
In describing his design concept as revolutionary, Fisher lists three features that make it unique. The first is obviously the building’s ability to change shape.

The second is the way it will be built: prefabrication. «The entire building, aside from the concrete core, is made of prefabricated units which arrive to the construction site completely finished, including flooring, water piping, air conditioning and all finishes. These units, made of steel, aluminum, carbon fibre and other high quality modern materials, are installed “mechanically” on site, offering luxury finishing, very fast construction time, usage of a limited number of workers, thus reducing site risks and enabling cost savings», reads the website. «The building, made of single separate floors, is structurally sound and flexible at the same time, being of very high seismic resistance». When the concept was first announced in 2008, Fisher estimated prefabrication could result in cost savings of at least 20%.
Lastly, the third feature is sustainability. «The skyscraper’s wind turbines, positioned horizontally between each floor, and solar ink on its many roofs will produce energy making the tower the first self-powered building», it says. «Thus …(it) becomes also a ‘power station’ producing green energy for the city».

This final feature fits in well with Dubai’s idea for Expo in 2020: a celebration of human ingenuity under the theme “Connecting Minds, Creating the Future”.
Citing industry sources, Deloitte estimates the event will boost the economy by about $23 billion by 2020 and generate revenues of $60 billion from visitors.
Other projects being developed for the event include the Meydan One Mall by Salini Impregilo, the Italian group whose presence in the Emirates dates back four decades. A massive urban development project close to the heart of the city, it will serve as a showcase for Dubai. Lane Construction, the U.S. subsidiary of Salini Impregilo, is also taking part, working on the expansion of the Al Maktoum International Airport to allow it to accommodate more than 220 million passengers a year, making it the world’s biggest in terms of size and passenger capacity by 2050. 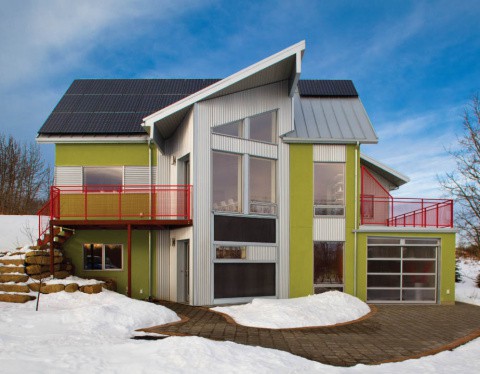 BUILDING ZERO ENERGY UP TO SCALE