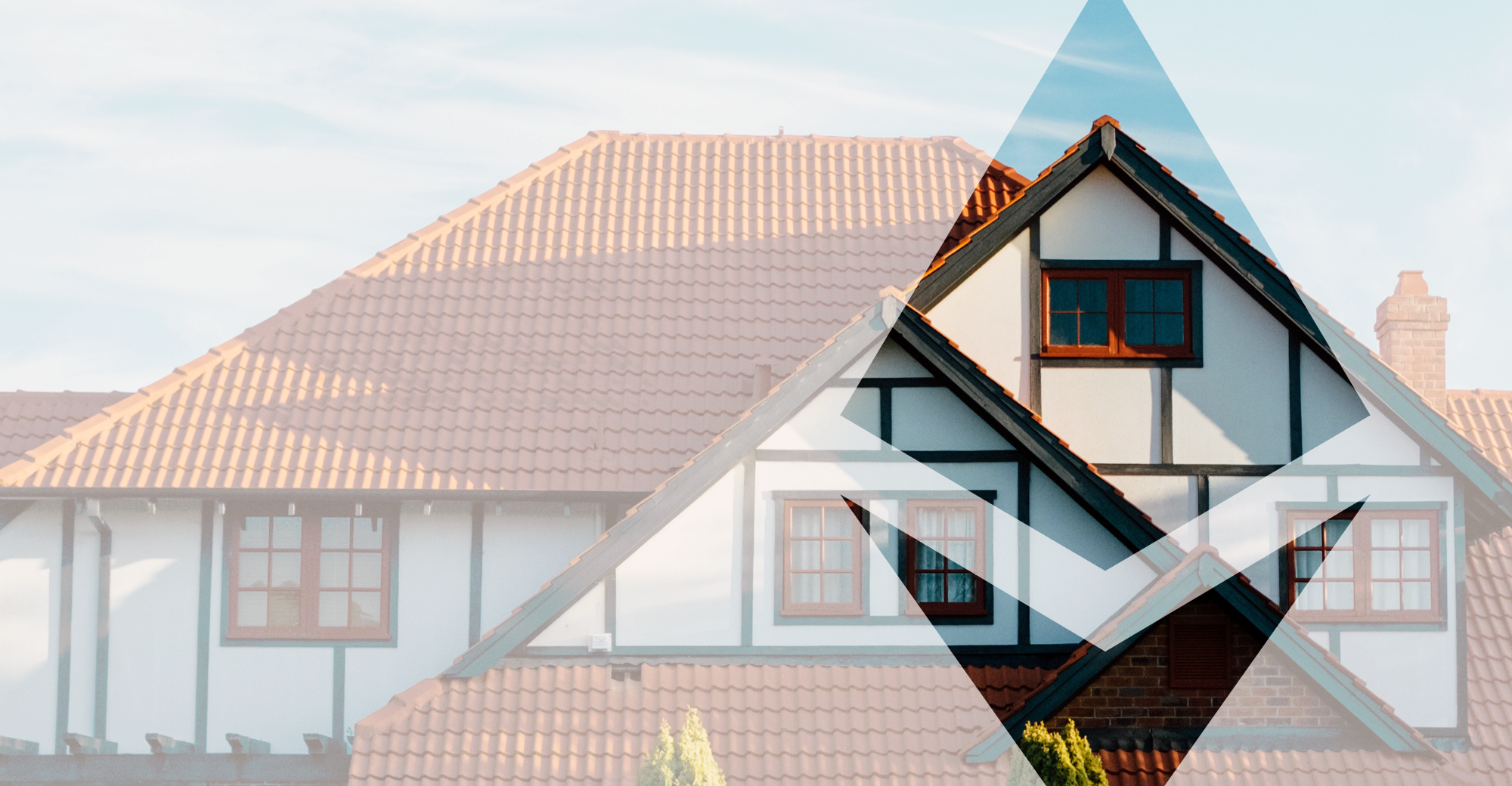 The combination of OpenLaw and the Ethereum blockchain dramatically reduces the complexity and engineering time necessary to create and execute commercial transactions. Blockchain-based use cases, which previously resided in the dreams of developers, are now a reality, and allow users to create legally binding agreements using the Ethereum blockchain in tandem with OpenLaw’s robust protocol.

For years, Bitcoin fanatics and other blockchain enthusiasts have speculated that blockchain technology will be used to streamline the transfer of real property. To date, there have been steps made in this direction, with parties hashing evidence of deeds and signatures using a blockchain, and purported use of virtual currency to purchase real world property.

In this demo, we paint a more comprehensive vision of the future of real estate and showcase how OpenLaw and the Ethereum blockchain can be used to manage, automate, and streamline the sale of land, reducing commercial friction and transaction costs.

If you’ve seen our previous demos, you’ve already witnessed that, via OpenLaw, you can transfer digital assets between a buyer and a seller, particularly ERC20 tokens.

Now, we’re ready to show you the next step: how to transfer a tokenized house, or a plot of land, based on the ERC721 non-fungible token standard, a new token standard that provides basic functionality to track ownership and transfer tokens separately within Ethereum-based smart contracts. These tokens lay the foundation for international, tamper-resistant land registries that may provide an improved way of tracking the chain of custody in real property. They curtail fraud and avoid the risks inherent in traditional land registries. This is particularly true in developing jurisdictions where corruption, the risk of destroyed records, or human error may be high.

We chose to rely on Australian law because of its unique Torrens system, in which the state guarantees the accuracy of registered land titles. Under Australian property law, ownership is transferred when a transfer of title is registered with the government land titles office. It is the act of registration in and of itself that creates new title, a fact that may enable a smoother transition to a blockchain-based land registry. Government assurance of title is contrary to a deeds-based system (such as in the United States) where the register is simply a record of title and the buyer is still required to investigate the quality of the seller’s underlying ownership. This requires parties to take out sometimes expensive title insurance to protect against the risk of errors in the chain of title. In either case, tracking the transfer of title accurately is critical to minimize errors and insurance costs. A blockchain-based system that automatically and indelibly tracks the transfer of title may significantly increase efficiency and reduce both Torrens-based record keeping and title investigation costs, as well as the requirement to take out individual title insurance in deeds-based systems.

How to Use OpenLaw for Land Sale

By using OpenLaw to create a standardized legal agreement that governs the sale of property between two parties you have created what is called “a Sale of Land Contract.” This Sale of Land Contract contains standard terms that you would come to expect in such a transaction, including a description of the property, purchase price terms, and financing conditions.

Through use of our markup language and the other tools we’ve developed to enable frictionless contracting, this agreement is transformed into a dynamic object that interacts with an Ethereum smart contract, enabling a buyer and seller to efficiently negotiate, manage, and execute the agreement. As part of that interaction, the call to the smart contract from the Sale of Land Contract includes key parameters that were entered by the parties:

The land registry smart contract we deployed is relatively simple and was intended to handle basic functions of ownership and transfer for sake of the demo. We recognize that property law is highly complex. Often, a transaction will involve a lot more than a simple transfer of property, free from encumbrances or security interests, between two parties. For example, how should adverse possession be handled? And, what about multiple buyers and sellers that may have different rights to the property? Similarly, consider completion adjustments for rates, taxes, and prepayments.

One important practical consideration is how the Ethereum blockchain might account for other kinds of property interests not recorded using the ERC721 token (which, so far, only represents mere title to the underlying property). For example, we are still working through how to record and deal with easements, caveats, security interests, and other covenants. This issue could be addressed if those things could be registered and recorded with the title, using for example, the newly proposed ERC994 delegated non-fungible token standard. For simplicity’s sake, we have not modeled these kinds of interests; however, we recognize their importance, and plan to do so in future versions of this demo. Here is an overview of some key future development considerations.

In the future, we plan to demo the automatic transfer of taxes (such as stamp duty) associated with a sale of land to a hypothetical government Ethereum account. This will demonstrate the power and ability of smart contracts to comply with tax law and, importantly, assist governments to efficiently collect those taxes.

Some other considerations are worth noting. (For a more detailed discussion of some of these considerations, see Lynden Griggs et al., Blockchains, trust and land administration: The return of historical provenance, 6 Prop. L. Rev. 179 (2017).) If the land represented by the ERC721 token is jointly owned, should each owner have a private key to the wallet holding the token? For instance, if only one co-owner had access to a private key, that person could transfer the token without the other’s consent. To ameliorate this, there would need to be a solution which allowed for both co-owners to have clear proprietary interest in the property.

Of course, there are some trust considerations when dealing in the transfer of tokenized property. Blockchains do not solve garbage in, garbage out problems. The tokenized property must accurately represent the state of ownership of the property when it is created on the blockchain. If it doesn’t, future transactions may not be relied on to track the transfer of title. This is particularly important in jurisdictions where existing property records are poor and likely to be disputed. It is less of a problem in established registration-based systems like that in Australia.

Onboarding a centralized government registry to adopt a blockchain-based approach to record the title transfer is no easy task. Indeed, many existing laws in Australia would need to be amended before such a transaction may be legally recognized. That said, Australia is currently in the process of digitizing its land registry process, which is a step in the right direction. There is perhaps scope for a soft implementation of the technology with an existing Torrens-based land registry, where transfer of title information is automatically sent to the registry from a smart contract to update its internal records on settlement. As more governments and enterprises understand the potential for and adopt blockchain technology, an increased network of users and reduced political anxiety should see its uptake grow more quickly in areas without established land registries.

In our demo, the transaction payment is made in ether. As a practical consideration, we recognize that most transactions (at least for the foreseeable future) will settle in traditional currencies. While OpenLaw and other third parties are working on solutions to allow for fiat payment, stable fiat bridges have yet to be built for blockchain-based systems, thus limiting the application of these systems until we see the rise of digitized currencies, or well-established and legally recognized stable coins.

By acknowledging the complexities of certain legal transactions, like the sale of real property, we’ve highlighted the value of OpenLaw to enable the seamless interaction between an Ethereum smart contract and a traditional legal agreement that cannot conceivably be replaced by code-based programs (at least in the current legal landscape).

This is our very first iteration. OpenLaw and Corrs will continue to iterate on this use case as solutions emerge and OpenLaw’s protocol continues to solidify. In particular, we thank Robert Franklyn and Michael Kingsbury from Corrs for their continued support.

As noted previously, we’ll be releasing some additional examples over the coming months, including explorations of:

Stay turned on our Medium page for write ups and videos of these demos. Please reach out to [email protected] if you have any inquiries or suggestions (or ideas for demos) moving forward.

We’re practical idealists, working to build a world in which every single human being can freely participate in a just legal system. Join us on our mission!